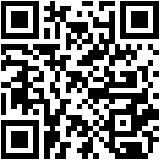 Howard D. Schultz (born July 19, 1953) is an American businessman. He is best known as the chairman and CEO of Starbucks and a former owner of the Seattle SuperSonics. He was a member of the Board of Directors at Square, Inc. In 1998, Schultz co-founded Maveron, an investment group, with Dan Levitan. In 2012, Forbes magazine ranked Schultz as the 354th richest person in the United States, with a net worth of $1.5 billion. After graduating, he worked as a salesperson for Xerox Corporation and was quickly promoted to a full sales representative.[9] In 1979 he became a general manager for Swedish drip coffee maker manufacturer, Hammarplast,[8] where he became responsible for their U.S. operations with a staff of twenty.[9] In 1981, Schultz visited a client of Hammarplast, a fledgling coffee-bean shop called Starbucks Coffee Company in Seattle, curious as to why it ordered so many plastic cone filters.[9] He was impressed with the company's knowledge of coffee and kept in contact over the next year, expressing interest in working with them. A year later, he joined Starbucks as the Director of Marketing.[11] On a buying trip to Milan, Italy for Starbucks, Schultz noted that coffee bars existed on practically every street. He learned that they not only served excellent espresso, they also served as meeting places or public squares; they were a big part of Italy's societal glue, and there were 200,000 of them in the country. On his return, he tried to persuade the owners (including Jerry Baldwin) to offer traditional espresso beverages in addition to the whole bean coffee, leaf teas and spices they had long offered. After a successful pilot of the cafe concept, the owners refused to roll it out company-wide, saying they didn't want to get into the restaurant business. Frustrated, Schultz decided to leave Starbucks in 1985. He needed $400,000 to open the first store and started the business. He simply did not have the money and his wife was pregnant with the first baby. Jerry Baldwin and Gordon Bowker offered to help. Schultz also received $100,000 from a doctor who was impressed by Schultz’s energy to “take a gamble”.[12] By 1986, he raised all the money he needed to open the first store 'Il Giornale' after the Milanese newspaper. Two years later, the original Starbucks management decided to focus on Peet's Coffee & Tea and sold its Starbucks retail unit to Schultz and Il Giornale for $3.8 million. Schultz renamed Il Giornale with the Starbucks name, and aggressively expanded its reach across the United States. Schultz's keen insight in real estate and his hard-line focus on growth drove him to expand the company rapidly. Schultz did not believe in franchising, and made a point of having Starbucks retain ownership of every domestic outlet. On 26 June 1992, Starbucks had its initial public offering and trading of its common stock under the stock ticker NASDAQ-NMS: SBUX. The offering was done by Alex, Brown & Sons Inc. and Wertheim Schroder & Co. Inc.[13] Schultz authored the book Pour Your Heart Into It: How Starbucks Built a Company One Cup at a Time with Dori Jones Yang in 1997. His second book Onward: How Starbucks Fought for Its Life Without Losing Its Soul with Joanne Gordon, was published in 2011. On January 8, 2008 Schultz returned as CEO of Starbucks after an eight-year hiatus.[14] At this time, Schultz was earning a total compensation of $9,740,471, which included a base salary of $1,190,000, and options granted of $7,786,105.[15] Schultz is a significant stakeholder in Jamba Juice.[16] On the first of November 2013, it was announced that Schultz had stepped down from the board of Square, to be replaced by former Goldman Sachs executive David Viniar. http://en.wikipedia.org/wiki/Howard_Schultz Image By Julius Schorzman (Own work) [CC BY-SA 2.0 (http://creativecommons.org/licenses/by-sa/2.0)], via Wikimedia Commons