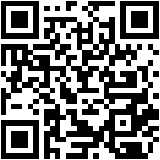 Jain Lectures by Acharya Vijay Ratnasunder Suri M.S. About Gurudev, He was born on 5th January, 1948 at Depla (Near Palitana, Gujarat). In spite of being a religious saint, he wrote many visionary books for the social cultural upliftment of the individual as well as society at large. Till today he has written more than 297 books in his mother tongue Gujarati while traveling the length and breadth of India on foot covering lakhs of kilometers. Many of his books have been translated into various languages such as English, Hindi, Marathi, Urdu, French etc. and more than 60 Lac copies of his books are spread throughout the nation. Gurudev has also been presented with the most coveted "GOLDEN BOOK OF WORLD RECORDS AWARD" for most number of books authored by a person. He gives lectures on morality and spirituality based personality development. Through his writings and speeches he has achieved success in bringing about positive and constructive changes in millions of people and that is why these millions of Indians follow his ideas. Being a Jain saint, author follows very hard rules and regulations. He walks bare foot and has not taken bath since 1967, when he adopted Saintship which is called "DIKSHA" He does not eat and drink after sunset till sunrise.