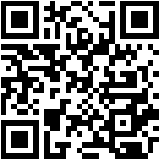 While few of us will ever take on the ambitious challenge of learning four foreign languages in a year, many of us yearn to be more proficient in another language. The secret to success as it turns out is simpler than you think. Scott Young is a blogger, speaker and author. He previously spoke at TEDx EastsidePrep about his project “The MIT Challenge” to self-test MIT’s undergraduate computer science curriculum in one year, using their freely available information. His most recent project was with Vat Jaiswal, traveling to four countries, learning languages, with the goal of not speaking English for an entire year. He writes about learning and self-education at his website, ScottHYoung.com. Vat Jaiswal is a graduate student, aspiring architect and filmmaker. His most recent project was with Scott Young on The Year Without English, where he traveled through Spain, Brazil, China, Taiwan and Korea creating four short documentaries on language learning and cultural immersion. He shares his work, including experimental time-lapse photography and an interview series with successful architects, at vatjaiswal.com This talk was given at a TEDx event using the TED conference format but independently organized by a local community. Learn more at http://ted.com/tedx