The Extra 2% by Jonah Keri Audiobook 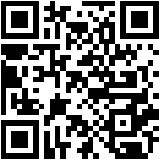 The Extra 2% by Jonah Keri Audiobook

The Extra 2% by Jonah Keri Audiobook What happens when three financial industry whiz kids and certified baseball nuts take over an ailing major league franchise and implement the same strategies that fueled their success on Wall Street? In the case of the 2008 Tampa Bay Rays, an American League championship happens—the culmination of one of the greatest turnarounds in baseball history. In The Extra 2%, financial journalist and sportswriter Jonah Keri chronicles the remarkable story of one team’s Cinderella journey from divisional doormat to World Series contender. When former Goldman Sachs colleagues Stuart Sternberg and Matthew Silverman assumed control of the Tampa Bay Devil Rays in 2005, it looked as if they were buying the baseball equivalent of a penny stock. But the incoming regime came armed with a master plan: to leverage their skill at trading, valuation, and management to build a model twenty-first-century franchise that could compete with their bigger, stronger, richer rivals—and prevail.