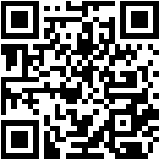 No Rome - Pink (Live Performance) "See, I'm trying to forget ya, I'm sorry," sings Rome Gomez on this live performance of "Pink." The Manila native with the deep London following puts candor right up front in his music, and when he speaks that phrase, he distills the essence of his R&B-flecked pop. Under the name No Rome, he dropped his debut EP ‘RIP Indo Hisashi’ last summer, and this year rolled though concert stages with his pals, The 1975. The UK sensations put Rome on just as his talents were exploding. Ever since his seductive tracks and odd charisma has done the rest of the work. He breaks down his own sound as "a personification of teen love, melancholy & everything in between." He recently hit New York, and we were lucky to point our cameras toward his steamy version of "Pink." Watch music videos by No Rome: https://bit.ly/2KgqkpB Executive Producer: Micah Bickham Director: Micah Bickham Producer: Sacha Noelle Producer: Maddy Schmidt Director of Photography: Josh Goleman Editor: Ramy Elsokary No Rome https://www.instagram.com/noromeworldwide https://www.facebook.com/noromeworldwide/ https://twitter.com/no_rome #NoRome #NoRomeLive #Pink http://vevo.ly/5xRvL4