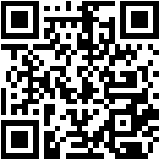 2010 " Jay R Sings Opm Love Classics " Album A tribute to another Filipino Talent !! http://www.amazon.com/Jay-Sings-Opm-Love-Classics/dp/B0039BDADG Gaudencio Sillona III (born February 1, 1981), who performs under the mononym Jay R, is a Filipino singer-songwriter, actor, record producer and model. In 2003, he released his debut album, Gameface, under Universal Records. The album containted the number one single, "Bakit Pa Ba", received numerous awards, and was certified Platinum by the Philippine Association of the Record Industry. He made his big screen debut in the 2004 feature film Happy Together, and later, released his self-titled second album in 2005. In 2006, he built a recording studio inside his mansion, followed by a recording label called JAYRS Music. He later renamed it as Homeworkz Records. In the same year, he released a Christmas album, Christmas Away from Home, and dedicated it to his late uncle Reny. The album was re-released in 2008, where he donated the proceeds from the sales to GMA's Kapuso Foundation. Also in 2008, he released a cover album, Soul in Love, which became his highest-rated and biggest-selling album. He released an all-Tagalog album early in 2010, Jay R Sings OPM Love Classics, which consists of revivals of Original Pilipino Music love songs. Later, he recorded a Bahasa song, which is slated for release in Indonesia. He is part of TV musical variety show Party Pilipinas on GMA, and hosts the Philippine adaptation of dating game show Take Me Out on the same network.