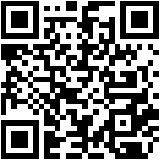 Tech N9ne "Speedom (WWC2)" ft. Eminem & Krizz Kaliko on iTunes - http://apple.co/1e5zJM8 Official Hip Hop Song Special Effects | Strange Music Tech N9ne "Speedom (WWC2)" taken from the 2015 album, Special Effects. Buy/Stream - http://smarturl.it/specialeffects Produced by: Michael "Seven" Summers Tech N9ne on Twitter - http://twitter.com/techn9ne Facebook - http://facebook.com/therealtechn9ne Instagram - http://instagram.com/therealtechn9ne Eminem on Twitter - https://twitter.com/Eminem Facebook - https://www.facebook.com/eminem/ Instagram - https://www.instagram.com/eminem Krizz Kaliko on Twitter - http://twitter.com/krizzkaliko Facebook - http://facebook.com/therealkrizzkaliko Instagram - http://instagram.com/krizzkaliko Official - http://strangemusicinc.com Official merchandise - http://strangemusicinc.net TOUR DATES - http://strangevip.com Soundcloud - http://bit.ly/1e8IK0e SUBSCRIBE http://bit.ly/2l0q79b Eminem appears courtesy of Aftermath Records [Verse 1: Tech N9ne] I get to busting like I'm a thirty ought six When I'm ripping the beat up, but then I heard he got pissed When I got at the top and they made him pretty hot Cause he knowin' that Tecca Nina's a dirty chopper He’s handle, holmes, here's a handful How in the hell he hoverin' havin' hella go H.A.M. though? I said to Seven, "Richie Havens'll be the man" So we put it together thinkin' Eminem was a gamble Guess not, cause he be the guest spot Kaliko said, "What we doin'?" I said to him, "Let's chop" So now the people finally get three of the best locked Never be another choppers comin' so let's rock, nigga You're on, people got to wondering if it's a for sure song Yes, I got another killer making a tour strong If you thinking of battling - you're gone! [Verse 2: Krizz Kaliko] Nobody can catch him he the Speedy Gonzales The beat is a problem And if ya got your feet in your mouth You gon' have to beat it up out of him It's a lot of 'em and I mean a lot of 'em And me and Nina used to follow them I’ve got to audibly body them This is it man, the hitman, the Ip Man, karate 'em And the fans will lift hands, we'll be dancin' out of 'em And in Kansas advanced to withstand a pile of 'em Who stands with two hands to move in the crowd of 'em If I ain't makin' sense Then you better sample the amp of it like the bass It ain’t ever been a gift for me to heat 'em, I beat 'em, I burn 'em (Then I let 'em melt) They never heard of us, but look at 'em turnin' up I slap the shirt off a super simpleton makin ‘em be impotent If and when I be flippin', niggas be feminine I said the purpose to pimp a pen And reverse the conditions I’m living in And do bigger numbers than Eminem Gotta be fast or I'll smash on a nigga With half the cash I'm a little sicker, quicker than you figure (Ice cold) I make 'em shiver bigger than the winter If you half ass delivering I'ma eat your dinner Better than mine, oh no, not me, I mean other guys I jump around so do that mean that I'm rubberized? Me and N9ne master meaning we murderize We'll bleed 'em, beat 'em 'til they be gone feed 'em [Hook: Krizz Kaliko & (Tech N9ne)] Speedom! (If you wanna go with us) Speedom! (I'ma leave 'em in the dust) Speedom! (I must be the one to bust) Speedom! (And I'm gonna hit the clutch) Speedom! (If you wanna go with us) Speedom! (I'ma leave 'em in the dust) Speedom! (I must be the one to bust) Speedom! (And I'm gonna hit the clutch) [Bridge: Krizz Kaliko] Sometimes, I feel Like I'll never slow down Worldwide Choppers Sometimes, I feel Like I'll never slow down Worldwide Choppers [Verse 3: Eminem] Wait! Before I wreck this beat, let me just check to see If Stephanie Mills left any extra refills of ecstacy pills next to me In the seats spilled or she eat ‘em all with a breakfast drink (You inspect the sink?) In the habit of grabbing a mic and babbling, I dabble in Vic's But I might just swallow my fuckin' Ritalin tablet after tonight I’m grabbing it right from the medicine cabinet Cause that's what it’s like and attackin' it like a Dracula bite Jetpack in a backpack when I write All this anger pent up inside I went up inside a Bennigans diner with a cigarette lighter Figured I'd try to set a big enough fire That’ll trigger the sprinkler system And I’d escape, but the getaway driver screwed up my limo Collided with the center divider I went through the window and ended up being pinned to the side Of a semi fender beside a friend of the guy’s wife Brenda The flight attendant from Idaho That took an antenna in the vagina hole Cause when I pick up a pen I'm venomous And I'm as slick as Dennis the Menace Like an evil dental hygienist, sinister You've been yelling dementedness I invented this, I'm the genesis Eminem is a nemesis to a feminist