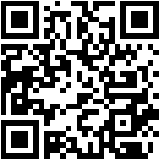 Album: Christmas In Our Hearts Artist: Jose Mari Chan Jose Mari Chan (born March 11, 1945) is a Chinese Filipino singer, songwriter and businessman in the sugar industry. He was born in Iloilo City on March 11, 1945. He graduated with a Bachelor of Arts Degree in Economics from the Ateneo de Manila University in 1967. He first appeared on the local scene as the Host & Singer of a Television show called "9 Teeners" of ABS-CBN in 1966. His first single Afterglow was released in 1967. His first long playing album "Deep in My Heart (album)" was issued in 1969. In 1973 he represented the Philippines in the World Popular Song Festival in Tokyo where his song "Can We Just Stop and Talk A While" went into the final entries. visit: http://opmlp.blogspot.com/2012/08/jose-mari-chan.html