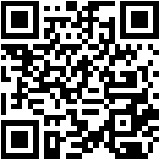 "Have You Ever Seen the Rain?" is a song written by John Fogerty and released as a single in 1971 from the album Pendulum (1970) by roots rock group Creedence Clearwater Revival. The song charted highest in Canada, reaching number 1 on the RPM 100 national singles chart in March 1971. In the U.S., in the same year it peaked at number 8 on the Billboard Hot 100 singles chart (where it was listed as "Have You Ever Seen the Rain / Hey Tonight", together with the B-side). On Cash Box pop chart, it peaked at number 3. In the UK, it reached number 36. It was the group's eighth gold-selling single. In a literal sense the song describes a sunshower such in the lyric "It'll rain a sunny day" and the chorus "have you ever seen the rain Comin' down on a sunny day?". These events are particularly common in Louisiana, Mississippi and Alabama, but less common in other parts of the country, due to localized atmospheric wind shear effects. In Southern regional dialect, there is even a term for it: "the devil beating his wife". John Fogerty released a live version of the song on his The Long Road Home - In Concert DVD which was recorded at the Wiltern Theatre in Los Angeles, California, on September 15, 2005. Video featuring: Jeny Smith https://www.youtube.com/channel/UCHYnTMm5xqESRSyiJhkfvng YAKfilms https://www.youtube.com/user/YAKfilms Dancers No Noize (red jacket), Man (black jacket), BJ (striped shirt), Dreal (white shirt).