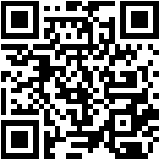 Twitter: https://twitter.com/Tenminhistory Patreon: https://www.patreon.com/user?u=4973164 Special Thanks to the following Patrons for their support on Patreon: Chris Fatta Joshua Mitchell Wildoer Mason Cox William Foster Thomas Mitchell Perry Gagne Shaun Pullin Anon Spencer Smith Matt M Rbj This episode of Ten Minute History (like a documentary, only shorter) covers the outbreak of the Bohemian Revolt which was what would eventually spiral out of control into the Thirty Years' War. The revolt was crushed fairly quickly but sparked intervention by Denmark, who didn't do too well, and later Sweden who did very well. Both of these were aided by France who decided to get directly involved in 1635. By 1648 the Holy Roman Empire lay in ruins, with Austria and Spain struggling to pay for the war and rebuild the Habsburg Empire. This war saw the rise of Sweden and France but most importantly saw the foundations of modern diplomacy built. Recommended books: Mark Greengrass - Christendom Destroyed: Europe 1517-1648. Does a great job of outlying the theological currents in Europe at the time and how all of the religious changes led to the Thirty Years' War. Peter H. Wilson - Europe's Tragedy: A New History of the Thirty Years' War. The go-to text for the war; incredibly detailed and honestly can't be beat for the topic. 100% recommend.