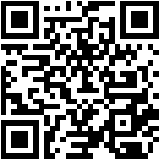 YOUR LOVE (The Greatest Gift Of All) Lyrics - JIM BRICKMAN feat. MICHELLE WRIGHT

For educational purposes only and no copyright infringement intended. All materials used belong to their respective rightful and lawful owners. About the artists: Jim Brickman (born November 20, 1961) is an American songwriter and pianist. He has been named the most charted male Adult Contemporary artist to date, with six of his albums receiving Gold and Platinum status. He is known for his solo piano compositions, pop-style instrumentals, and vocal collaborations with artists such as Lady Antebellum, Michael W. Smith, Martina McBride, Donny Osmond, Delta Goodrem, Olivia Newton-John, and others. He earned a Grammy nomination in 2003, SESAC "Songwriter of the Year" award, Canadian Country Music Award for "Best Vocal/ Instrumental Collaboration", and a Dove Award presented by the Gospel Music Association. His CD entitled Faith has been nominated for a 2010 Grammy Award for Best New Age Album. Michelle Wright (born July 1, 1961) is a Canadian country music artist. She is one of the country's most widely recognized and awarded female country singers of the 1990s, winning the Canadian Country Music Association's Fans' Choice Award twice (1993 and 1995). In 2011, Wright was inducted into the Canadian Country Music Hall of Fame. Brian Ferriman of Savannah Records has been her manager for over 25 years. Wright's primary success has been in her native Canada, where she has charted more than twenty-five singles, including six Number One hits: "Take It Like a Man", "One Time Around", "Guitar Talk", "One Good Man", "Nobody's Girl" and "Crank My Tractor". She also had chart success in the United States in the 1990s, landing in the Top 40 on the Billboard Hot Country Songs charts with "Take It Like a Man" at No. 10, "He Would Be Sixteen" at No. 31 and "New Kind of Love" at No. 32. From Wikipedia, the free encyclopedia