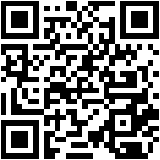 From their second studio album, Teen Spirit (c) 2001 Stockholm Records, MCA Records Formed as an ABBA tribute band, the Swedish pop group was composed of Marie Serneholt, Amit Sebastian Paul, Dhani Lennevald and Sara Lumholdt. The band released four albums and had ten top 10 hits in Sweden before disbanding in 2004. Teen Spirit marked a departure for the group as being composed almost entirely of new material. The vocals from the boys were also showcased more prominently. The album peaked at #2 in Sweden and #50 in the US, earning it a gold status. Four singles were released.