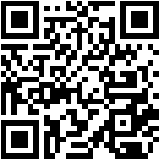 Support REAL HIP HOP LYRICS: https://www.paypal.com/cgi-bin/webscr?cmd=_s-xclick&hosted_button_id=4VF7UP5KYX624&source=url Artist/Group: N.W.A. Album: Straight Outta Compton Released: 1988 Label: Ruthless/Priority -------------------------------------------------- "Fuck tha Police" is a protest song by American hip-hop group N.W.A that appears on the 1988 album Straight Outta Compton as well as on the N.W.A's Greatest Hits compilation. Written shortly after the group was harassed by the Torrance Police Department, the lyrics protest police brutality and racial profiling and the song was ranked number 425 on Rolling Stone's list of the 500 Greatest Songs of All Time. Since its release in 1988, the "Fuck the Police" slogan continues to influence pop culture today in the form of T-shirts, artwork, political expression, and has transitioned into other genres as seen in the cover versions by Bone Thugs-n-Harmony, Dope, Rage Against the Machine, and Kottonmouth Kings (featuring Insane Clown Posse). "Fuck tha Police" parodies court proceedings inverting them by presenting Dr. Dre as a judge hearing a prosecution of the police department. Three members of the group, Ice Cube, MC Ren, and then Eazy-E, take the stand to "testify" before the judge as prosecutors. Through the lyrics, the rappers criticize the local police force. Two interludes present re-enactments of stereotypical racial profiling and police brutality. At the end, the jury finds the police department guilty of being a "redneck, white-bread, chickenshit motherfucker." The song provoked the FBI to write to N.W.A's record company about the lyrics expressing disapproval and arguing that the song misrepresented police. In his autobiography Ruthless, the band's manager Jerry Heller wrote that the letter was actually a rogue action by a "single pissed-off bureaucrat with a bully pulpit" named Milt Ahlerich, who was falsely purporting to represent the FBI as a whole and that the action "earned him a transfer to the Bureau's backwater Hartford office". He also wrote that he removed all sensitive documents from the office of Ruthless Records in case of an FBI raid. In the FBI letter, Ahlerich went on to reference "78 law enforcement officers" who were "feloniously slain in the line of duty during 1988" and that recordings such as those produced by N.W.A. "were both discouraging and degrading to these brave, dedicated officers". Ahlerich did not mention any N.W.A. song by name in the letter, but later confirmed he was referring to "Fuck tha Police". In 1989, Australian radio station Triple J had been playing "Fuck tha Police" (the only radio station in the world to do so) for up to six months, before being banned by Australian Broadcasting Corporation management following a campaign by a South Australian Liberal senator. As a reaction, the staff went on strike and put N.W.A's "Express Yourself" on continuous play for 24 hours, playing it roughly 360 times in a row. It was revealed in 2005 that the scratch sound from that track was sampled for the Triple J news theme. On 10 April 2011, New Zealand dub musician Tiki Taane was arrested on charges of "disorderly behaviour likely to cause violence to start or continue" after performing the song at a gig in a club in Tauranga during an inspection of the club by the police. On 13 April, Tiki told Marcus Lush on Radio Live that the lyrics often feature in his performances and his arrest came as a complete surprise. In 1996, during massive opposition street protests in Belgrade, Yugoslavia, "Fuck tha Police", along with Public Enemy's "Fight the Power", was continually played for two days on a Belgrade American-funded radio station, B92. Dr. Dre makes a reference to this song on his 1999 single Forgot About Dre from his 2001 album with the line "Who you think brought you the oldies, Eazy-E's, Ice Cube's, and D.O.C.'s, the Snoop D.O. Double G's, and the group that said 'Motherfuck the police'?". He also made a more subtle reference to the song in his single Still D.R.E., where he states he's "Still not loving police." Kanye West alludes to the song in his single "All Falls Down", "I say 'fuck the police', that's how I treat 'em". "Cop Killer", a song by Ice-T's metal band Body Count, also contains the lyrics "fuck the police", as does "Still No Surrender" by Bone Thugs N Harmony. The Game references the song in his song, "Doctor's Advocate" off the album of the same name, expressing his shame of leaving Aftermath and going into a fight with fellow rapper and former labelmate at the time 50 Cent: "I'm not askin' you to take my side in the beef, But you told me it was okay to say 'Fuck The Police.'" -------------------------------------------------- Follow N.W.A.: https://www.facebook.com/NWAmusic/ #nwa #raplyrics #hiphoplyrics #lyrics