Audeliver demo podcast: How to Become a Millionaire in 3 Years | Daniel Ally | TEDxBergenCommunityCollege 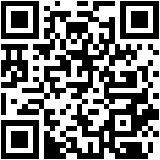 How to Become a Millionaire in 3 Years | Daniel Ally | TEDxBergenCommunityCollege

When most people say they want to be a millionaire, they’re really saying that they want to spend one million dollars. Besides winning the lotto or inheriting money, you’ll learn three key elements used by the most successful people who have ever lived. You’ll not only be able to learn how to become a millionaire, but you’ll learn the real reason of why it helps our society to alleviate poverty. This valuable session offers the solutions that you’ll need to be successful for the rest of your life, whether you want to be a millionaire or not. Daniel Ally became a self-made millionaire at the age of 24. It all started when he realized that he was living far below his potential. After years of drug abuse and failing at life, Daniel was fed up. One day, he went to his local library and searched endlessly for truth. After discovering a few books, he decided to turn his life around. For many years, Daniel gave thousands of speeches, reached millions of people, and built successful companies, making Daniel a millionaire in the process. Search on the internet and you’ll find that TIME, Fortune, Business Insider, Yahoo, and other major publications have enjoyed Daniel’s work. He is also a top contributor on Entrepreneur Magazine. He is the author of two best-selling books, which can be found in 46 different countries in thousands of libraries. From billionaires in Boston to amateurs in Austin, Daniel has traveled to hundreds of cities, shaking hands and connecting with all kinds of people across the globe. This talk was given at a TEDx event using the TED conference format but independently organized by a local community. Learn more at http://ted.com/tedx