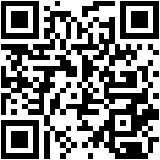 Himig Ng Pasko By Apo Hiking Society With Lyrics Malamig ang simoy ng hangin Kay saya ng bawa't damdamin Ang tibok ng puso sa dibdib Para bang hulog ng langit Himig ng Pasko'y laganap Mayroong sigla ang lahat Wala ang kalungkutan Lugod sa kasayahan [ Lyrics from: http://www.lyricsmode.com/lyrics/a/apo_hiking_society/himig_ng_pasko.html ] Himig ng Pasko'y umiiral Sa loob ng bawat ng tahanan Masaya ang mga tanawin May awit ang simoy ng hangin Himig ng Pasko'y laganap Mayroong sigla ang lahat Wala ang kalungkutan Lugod sa kasayahan Himig ng Pasko'y umiiral Sa loob ng bawat ng tahanan Masaya ang mga tanawin May awit ang simoy ng hangin More lyrics: http://www.lyricsmode.com/lyrics/a/apo_hiking_society/#share Apo Hiking Society | Biography The Apolinario Mabini Hiking Society, popularly known as Apo Hiking Society or simply Apo, is a Filipino musical group (and contrary to popular belief, the "Apo" in the group's name is not Mount Apo). Formed in 1969, the group was originally composed of 13 members: Lito de Joya, Sonny Santiago, Gus Cosio, Renato Garcia, Chito Kintanar, Kenny Barton, Bruce Brown, Butch Dans, Kinjo Sawada, Ric Segreto, Goff Macaraeg, Doden Besa, Jim Paredes, and Boboy Garrovillo, all students from the Ateneo de Manila high school. Danny Javier joined the group when they were in college. After they graduated in college, the other group members eventually left the group to pursue their own careers. Only three members, made up of Jim Paredes, Boboy Garovillo and Danny Javier, remain and continued performing. During the span of their career, Apo has been one of the primary adherents to the Original Pilipino Music or OPM music movement and have made several contributions for the said movement. The Apo is also involved in record production, talent management and even organizing artists under the Organisasyon ng Pilipinong Mang-aawit (OPM). The group is also instrumental in establishing careers of new artists in the Philippines. Apo Hiking Society has made 22 record albums in the first three decades of the group's career in the Philippine music industry, and has made a few more through the years. Two tribute albums have also been made, honoring its contribution to OPM music in 2006 and 2007, respectively. The group regularly uses the "Apo" in their name as a Tagalog pun for their albums, shows, and marketing materials - most commonly as nA PO, which means "already" (polite/formal), but also as ap? (grandchild) and other possible applications in English (APOcalyptic). History The APO Hiking Society first gained recognition in 1973 when they gave a farewell concert at the Meralco Theater in Pasig City, Metro Manila, Philippines. Just out of college, the group was the talk of the Ateneo de Manila University and adjoining campuses for their music and humor. It was only when two of its four members were about to retire from the field of amateur music, however, that the APO, then known as the Apolinario Mabini Hiking Society, finally had a city-wide audience. One of them was scheduled to leave for Turkey as an exchange student. The other had a position waiting for him in his father's advertising firm. Why a talented young man of 21 would want to go to Turkey, every young man in the early seventies would probably understand. But what the APO could not understand was their fourth member's decision to leave the irresponsibility of being unemployed to join the ranks of the corporate world. The trip to Turkey did not materialize and the APO, now a tentative trio, pushed on steadily towards fame and fortune. Looking back, the APO members Danny Javier, Boboy Garrovillo, and Jim Paredes do not regret never having been regular wage earners. Their farewell concert, which had SRO audiences for two stormy nights, not unexpectedly became a hit record the following year.