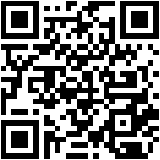 Ghostemane performs "Venom" live in studio after a long conversation with Intuition on the Kinda Neat podcast. HELP SUPPORT KINDA NEAT: http://Patreon.com/KindaNeat or HIT THAT PAYPAL: http://www.paypal.me/KindaNeat One of my favorite subjects to harp on is becoming a middle aged rap fan while staying open minded and excited about the evolution of the art. Last week I was at a $uicideboy$ show, feeling extra old, when I saw Ghostemane come out and kill a quick guest appearance during an opening dj set. I’m only surface level familiar with the burgeoning scene / sub-genre of aggressively dark underground rap I would compartmentalize him in. It’s amazing to see this younger generation of underground rappers make their audience go berserk. The shows feel more like hardcore or metal performances than a rap show in a traditional sense. Wanted to talk to the new Los Angeles transplant about this scene, and how he got involved in it. Hear us talk about how the prescription opioid epidemic affected his family, moving to LA 3 weeks ago, and why most young goths have it all wrong about satan. Remember kids: sharing is caring. Follow Ghostemane: http://twitter.com/ghostemane Follow Kinda Neat: http://twitter.com/kindaneat http://facebook.com/kindaneat Follow Intuition (host): http://twitter.com/itsintuition Follow DTBS (engineer): http://twitter.com/iamdatabass Filmed at Cosmic Zoo Studios: http://cosmiczoo.org