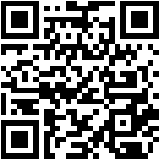 September 26, 2016 by BOB BOILEN • They came, they measured, and they returned to perform a show like no other. It was the great NPR Tiny Desk Takeover by Blue Man Group. If you've not seen this performance ensemble and their production in New York, Las Vegas, Orlando, Boston, Chicago or Berlin, then you've missed a night of magical fun. These Blue Men may never say a word, but the performances make for poignant looks at who we are as humans. They also make unusual music on instruments of their own design. Josh Rogosin, our engineer for the Tiny Desk, first saw them in their early days, some 25 years ago at New York's Astor Place Theatre. He told me how the Blue Men would retrofit some of their theatrical magic — including their custom-made instruments, confetti cannons and streamers — to fit this small desk space. Every band that plays the Tiny Desk must work within the restrictions of the space. So instead of installing their entire signature PVC instrument, what ended up behind the desk was about a third of it. On the right side of the desk, their Shred Mill makes its internet debut: It's a drum machine triggered by magnets that changes rhythm depending where they are placed on the home-made variable-speed conveyor belt. They also invented something called a Spinulum, whose rhythmic tempo is controlled by rotating a wheel that plucks steel guitar strings. (You can read a full description on the instruments below.) In the end the Blue Men and their dressed-down accompanists performed a Tiny Desk concert like no other. I've been familiar with their music since my days as director of All Things Considered in the 1990s, when I would play their tunes between news stories. Seeing all this come to life (and I know this is true for Josh, as well) was simply unforgettable. From the unique sounds of the PVC to the strumming sounds of the Spinulum to their "Meditation For Winners" mantras, you'll get a taste of why this troupe's art is so universal and so much fun. THE INSTRUMENTS (as told to us by the Blue Man Group) Chapman Stick: A combination of a guitar, a bass guitar, and a washboard, the Chapman Stick is 10 strings and all neck. While it can be played with fingers, we often bow the Stick with a bass string. This method, pioneered by Blue Man Group, is called the Mandelbrot Stick Technique. Cimbalom: An old hammered chromatic string instrument from Hungary that we gave a plywood update to. It's normally played gently with soft mallets, but Blue Man Group hits it aggressively with drumsticks. Shredmill: Making its internet debut, this new Blue Man Group creation is a treadmill-shaped, electro-mechanical sequencer that a Blue Man (or anyone else) can use to create rhythmic patterns. Placing and/or moving the Shred Mill's tiny little magnets in order to change the sequence ("shredding") is dangerously addictive. If you are ever presented with the opportunity to shred, proceed at your own risk. Spinulum: Have you ever watched Wheel of Fortune and thought to yourself, "I wonder what would happen if I took that wheel, shrunk it down to about a foot in diameter, mounted it to a stand, and replaced that little white flipper with steel guitar strings?" Us too! The Spinulum is a brand new Blue Man Group instrument that is part slide guitar, part bicycle wheel, and 100 percent dynamite! PVC: Blue Man Group's signature instrument is comprised of several lengths of polyvinyl chloride pipe that make an almost synthesizer-like sound when struck with a closed-cell foam rubber paddle. This performance only includes the center, high-octave section of the PVC. This is not because we have a problem with the other sections of the PVC. We actually really like them. There just wasn't enough space. It's a tiny desk. MIDI PVC: The signature Blue Man Group PVC instrument shrunk down and electrified. SET LIST: "Vortex" "The Forge" "Meditation For Winners" Blue Man Group's Three is available now: iTunes: https://itunes.apple.com/us/album/three/id1086603889 Amazon: https://www.amazon.com/Three-Blue-Man-Group/dp/B01BZGFX5Y CREDITS: Producers: Bob Boilen, Josh Rogosin, Niki Walker; Blue Man Group Producer: Anita Shah; Audio Engineer: Josh Rogosin; Videographers: Niki Walker, Colin Marshall, Nick Michael, Kara Frame, Claire Hannah Collins; Blue Man Group Music & Creative Director: Jeff Turlik; Blue Man Group Director: David Bray; Production Assistant: CJ Riculan; Special Thanks: Blue Man Group Crew; Photo: Claire Harbage/NPR. For more Tiny Desk concerts, subscribe to our podcast: http://www.npr.org/podcasts/510292/tiny-desk-concerts-video