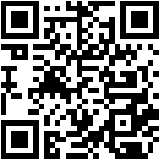 Hot Fuzz movie clips: http://j.mp/1uwjDCy BUY THE MOVIE: http://amzn.to/uoaVE7 Don't miss the HOTTEST NEW TRAILERS: http://bit.ly/1u2y6pr CLIP DESCRIPTION: Angel (Simon Pegg) is promoted to Sergeant by the Chief Inspector (Bill Nighy) but he is unhappy about his transfer out of London and into the small town of Sandford, Gloucestershire. FILM DESCRIPTION: A top London cop who is so good at his job that he makes his fellow officers look like slackers by comparison is "promoted" to serve in the sleepy village of Sandford in this contemporary action comedy from the creators of Shaun of the Dead. Police constable Nicholas Angel (Simon Pegg) always gets his man, but these days his impeccable record seems to be more indicative of his fellow officers' shortcomings than his own formidable skills as a keeper of the peace. Loathe to stand idly by as their once respectable track record is steadily soiled by the hyper-competent actions of one lone overachiever, Sergeant Angel's superiors at the Met soon determine to remedy their problem by relocating the decorated constable to the West Country village of Sanford -- where tranquil garden parties and neighborhood watch meetings stand in stark contrast to the violent crime and heated gunplay of the city. As Sergeant Angel does his best to adjust to the relative calm of his new environment, his oafish new partner Danny Butterman (Nick Frost) strives to gain the respect of his fellow constables while sustaining himself on fantasies of his favorite action films and police shows. Later, just as it begins to appear as if Sergeant Angel has been relegated to an uneventful existence in the relative calm of the countryside, a series of horrific "accidents" lead him to suspect that the tranquil hamlet of Sanford has fallen prey to a sinister plot which reeks of foul play. Jim Broadbent, Timothy Dalton, Steve Coogan, and Martin Freeman co-star in the Edgar Wright film. CREDITS: TM & © Universal (2007) Cast: Steve Coogan, Martin Freeman, Bill Nighy, Simon Pegg Director: Edgar Wright Producers: Karen Beever, Eric Fellner, Nira Park, Ronaldo Vasconcellos, Natascha Wharton, Tim Bevan Screenwriters: Simon Pegg, Edgar Wright WHO ARE WE? The MOVIECLIPS channel is the largest collection of licensed movie clips on the web. Here you will find unforgettable moments, scenes and lines from all your favorite films. Made by movie fans, for movie fans. SUBSCRIBE TO OUR MOVIE CHANNELS: MOVIECLIPS: http://bit.ly/1u2yaWd ComingSoon: http://bit.ly/1DVpgtR Indie & Film Festivals: http://bit.ly/1wbkfYg Hero Central: http://bit.ly/1AMUZwv Extras: http://bit.ly/1u431fr Classic Trailers: http://bit.ly/1u43jDe Pop-Up Trailers: http://bit.ly/1z7EtZR Movie News: http://bit.ly/1C3Ncd2 Movie Games: http://bit.ly/1ygDV13 Fandango: http://bit.ly/1Bl79ye Fandango FrontRunners: http://bit.ly/1CggQfC HIT US UP: Facebook: http://on.fb.me/1y8M8ax Twitter: http://bit.ly/1ghOWmt Pinterest: http://bit.ly/14wL9De Tumblr: http://bit.ly/1vUwhH7