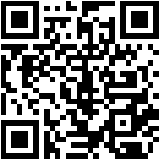 Album: Freestyle Live at 19 East Artist: Freestyle Released on June 2006 Label: VIVA RECORDS Composer: Linda Creed/ Lonnie Jordan FREESTYLE: NEW, IMPROVED & 'LIVE' They were part of the first 'band wave' in local music. Now, Freestyle is back with new members, a new sound and a new album that will prove they're still very much in the game. The album is entitled Freestyle Live @ 19 East, and it is the first recording the band has done with new vocalists Joshua Desiderio and Mike Luis and new bassist Rommel dela Cruz (formerly of Barbie's Cradle) who replaced original bassist Carlo Tapia, who migrated with his family to Australia last year. Still with the band are Tat Suzara, Nikki Cabardo, Gerard Banzon and female vocalist Jinky Vidal. The tracks in the Viva Records-produced album were performed and recorded during the band's gig at 19 East, hence the title. The lineup includes some of the most requested songs during Freestyle's live performances, as well as some of the band members' personal favorites. Freestyle Live at 19 East was also release in DVD format. Freestyle, fresh from the gold record award bestowed on it on the stregth of the sale of their latest album "Freestyle Live!"under with the hit single "half Crazy". Viva Records has just released the video of its much acclamied performance at 19 East on Sucat, Parañaque. The repackaged DVD release billed "FREESTYLE LIVE AT 19 EAST" features HALF CRAZY, STILL and other great songs from their newest membes, Joshua Desiderio, Mike Luis, and Rommel dela Cruz. The original CD has 14 cuts while the DVD version boasts of 20 beautiful and romantic ballads perfect for the month of February done in traditional Freestyle manner well loved by its avid followers through these years. FREESTYLE LIVE @ 19 EAST DVD marks the band's performance where original Carlo Tapia performed last with the group before migrating to Australia. The new members are also introduced in the video release. ] Freestyle will be touring different bars around the metro so do watch out for them, you can visit their official website at www.freestyleopm.com or http://www.viva.com.ph/music/index.php