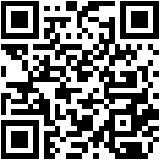 Hikaru Utada's "Face My Fears" Co-written With Skrillex Announced As Opening Theme For Game "KINGDOM HEARTS III" Single CD Release Slated For January 18, 2019! 4 songs in total will be included : “Chikai”, the closing theme of “KINGDOM HEARTS III”, and the English version of “Chikai”, ‘Don’t Think Twice’. “Face My Fears”, the opening theme of “KINGDOM HEARTS III” will have an English version as well. Excluding “Chikai” will be the first time to be included in a CD. All songs are related to "KINGDOM HEARTS III", which will be released on January 29, 2019, one week later from the CD release. Fans all over the world are eagerly anticipating both releases in January next year! For more information, visit http://www.kingdomhearts.com/ http://www.utadahikaru.jp/