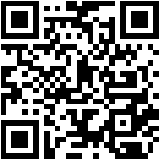 The Beatles - Can't Buy Me Love

The Beatles Now Streaming. Listen to the Come Together Playlist here: http://smarturl.it/BeatlesCT Download 1+ http://smarturl.it/Beatles1 Buy 1+ http://smarturl.it/Beatles1s ‘Can’t Buy Me Love’ entered the UK singles’ chart at No.8 and the following week it knocked ‘Little Children ‘ by Billy J. Kramer with the Dakotas from the top spot, staying there for the next three weeks. Work on the Rediffusion Television special in the UK, Around The Beatles took place while the Beatles were also filming A Hard Day’s Night, which rather aptly summed up the band’s lifestyle at this point. The show’s title dictated the creative angle for the programme in that The Beatles were filmed ‘in the round’. The producer was 32-year–old Jack Good, an innovator of TV pop shows for teenagers. Not only was Around The Beatles to be filmed in front of a live audience, but the shoot would also be fairly complex, so it was decided that the band would mime to tracks that had been pre-recorded at IBC Studios in London. Official site: http://www.thebeatles.com Facebook: https://www.facebook.com/thebeatles/ Instagram: https://www.instagram.com/thebeatles Twitter: https://twitter.com/thebeatles