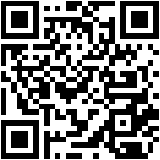 Even When It Hurts (Praise Song) Live - Hillsong UNITED

Even When It Hurts (Praise Song) Live by Hillsong UNITED. Subscribe to UNITED on YouTube: http://untd.me/youtubesubscribe Keep in touch Instagram: http://instagram.com/hillsongunited Facebook: http://facebook.com/hillsongunited Twitter: http://twitter.com/hillsongunited Website: http://hillsongunited.com Following the journey of the song through the first four times we ever played it live, from studio to arena— There is a parallel to be found within the narrative of seasons and days, the constant-unpredictibility of life, and the unchanging, unfailing nature of God and His faithfulness — and what singing His praises unlocks in us. In this journey, the song serves as the constant and honest-confession within us, as the environment and atmosphere changes like the seasons come-and-go around us. Even When it Hurts is a Praise Song – not exactly in the new-traditional happy-clappy-Sunday-morning sense — no, this is the kind written to sound its loudest in the cold-lonely-silence of the darkest night, or the heart-drenched-desperation of the heaviest of tears. It's a song that finds it’s voice in the moments and seasons where to all common sense and logic, to sing, and be thankful for anything at all, let alone sing a song of praise to God, makes no sense at all - when the fight seems lost and all strength gone with it - when it's hard to even find the words -- louder then, this is that kind of praise song. ++++ We are making the download available on our website (hil.so/EWIH) - and humbly ask that if you can, you would consider donating any amount to the World Vision Syrian refugee fund. if there is anything to be taken from our own hardship and God’s grace and compassion toward us — and even if we are still waiting in our own difficult night for the morning to come, there is perhaps nothing more powerful that we could do, than to take our focus off ourselves, and help others who are suffering. Together we are believing that our generosity, will ring even louder than our song, and will tangibly become the miracle to the desperate plight and prayers and of so many who have lost everything - It’s impossible to fathom the enormity of the crisis, and the turmoil people have been through, and are going through - forced to flee the oppression and war-ravaged-hell-on-earth they once called home, and the daunting uncertainty of all that is before them. (spread the word / share the links / share the video) LOVE. HU