Audeliver demo podcast: The Platters - Only You (And You Alone) (Original Footage HD) 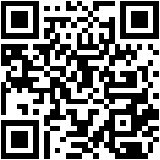 The Platters - Only You (And You Alone) (Original Footage HD)

(P)(C) Mercury Records (USA) 1955 Only You (And You Alone), más conocida como Only You es una canción estadounidense compuesta en 1955 por Buck Ram y Ande Rand. La versión original es de The Platters, cantando como voz principal Tony Williams. "Only You (And You Alone)" (often shortened to "Only You") is a pop song composed by Buck Ram.[1] It was recorded most successfully by The Platters, with lead vocals by Tony Williams, in 1955. The first recording of the song on Federal Records, also by Williams and The Platters, turned out poorly in 1954, but after a re-recording, the song scored a major hit when it was released on July 3, 1955. Platters bass singer Herb Reed later recalled how the group hit upon its successful version: "We tried it so many times, and it was terrible. One time we were rehearsing in the car... and the car jerked. Tony went 'O-oHHHH-nly you.' We laughed at first, but when he sang that song — that was the sign we had hit on something."[2] The song held strong in the number-one position on the U.S. R & B charts for seven weeks, and hit number five on the Billboard Hot 100 chart.[3] It remained there for 30 weeks, beating out a rival cover version by a white band called The Hilltoppers. When the Platters track, "The Great Pretender" (which eventually surpassed the success of "Only You"), was released in the UK as Europe's first introduction to The Platters, "Only You" was included on the flipside. In the 1956 film Rock Around the Clock, The Platters participated with both songs "Only You" and "The Great Pretender".