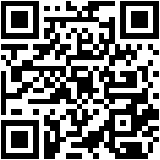 Definitely a rare track.. Everywhere on YouTube that you find this, is in poor quality or not the real version. Usually both. I have obtained the high quality file though, and the official mashup/remix of 50 Cent's 2003 single "In Da Club". It ws one of the biggest rap songs of all time. In 2003, American recording artist Beyoncé recorded a remix version of "In da Club" titled "Sexy Lil Thug". Her version sampled the original's instrumental and melody with the singer singing her own, newly added verses. In the song, she references Jimmy Choo shoes, Marilyn Monroe, Marc Jacobs, and Bailey Bank and Biddle. Makkada B. Selah of The Village Voice said, "Her version of 'In da Club' outed 50 Cent as a singing-ass rapper with lines like 'Don't wanna be your girl/I ain't lookin' for no love/So come give me a hug/You a sexy little thug.'" Joey Guerra of the Houston Chronicle coined Beyoncé's cover version as a "female spin" on the original. The song was officially released on Beyoncé's mixtape "Speak My Mind". According to Guerra of the Houston Chronicle, the song was never an official single, likely because of permission issues. Beyoncé's version of the song charted for 7 weeks and peaked at number 67 on the US Billboard Hot R&B/Hip-Hop Songs chart. In 2013, Mike Wass of the website Idolator put "Sexy Lil Thug" at number six on his list of "Beyonce's 10 Best Unreleased And Rare Tracks". He described it as a "radio staple" in 2003, adding that it "remains something of a lost gem" and concluded "Queen Bey spit iconic lyrics like 'I’m that classy mami with the Marilyn Monroe body'". This exact version has been played over national radio, hundreds of times, most notably on a radio show called "Open House Party". At one point, on 188 radio stations around the world. It was hosted by John Garabedian, and now it's hosted by Kannon. OHP was known for playing exclusive remixes and special versions of songs that were not available anywhere else. This song is still heard quite often on the show, especially in the "Purple Chamber of Gold", a segment in the show where they play all throwback songs. This version is requested a lot. Finally, it's available here. In high definition. Let me know what you think of it. I DO NOT OWN ANY OF THE AUDIO OR VISUAL MATERIAL INCLUDED IN THIS VIDEO. ALTHOUGH I AM ONE OF VERY FEW PEOPLE WHO HAVE THIS RAW FILE, I DO NOT OWN IT. THIS REMIX IS NOT AN OFFICIAL REMIX, BUT INSTEAD, A BOOTLEG, SO TO SPEAK.