Audeliver demo podcast: Anastasia- At The Beginning By Richard Marx and Donna Lewis 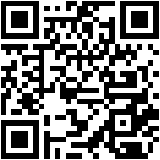 Anastasia- At The Beginning By Richard Marx and Donna Lewis

This video is dedicated to the Romanov family who were the Imperial Family of Russia. Though Tsar Nicholas II made many mistakes causing the great struggle in Russia, it wasn't right to take the lives of innocent children including Anastasia, Olga, Tatiana, Maria and Alexei . If we've learned anything from them, it would be the importance of family. One of the best love story ever captured on animation. Just to let you guys know, Anastasia is a 20th Century Fox film and was not produced by Disney. I focused on the love theme between Anya and Dimitri who never planned on falling in love with each other. Personally I think that they are one of the cutest couples ever!! I got the concept of the intro of this clip from the credits of the film, I hope you guys enjoy it!!