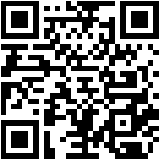 Miraculous Ladybug MV // The Wall Between Us [Eng Sub]

Just to clear up some questions: This song is from the upcoming Miraculous Movie/Musical Ladybug & Cat Noir Awakening. So it is canon and from the actual series. According to the wiki, "its plot to be a mix between the origin of the universe, as well as the ending to Season 5." (https://miraculousladybug.fandom.com/wiki/Ladybug_%26_Cat_Noir_Awakening). (You can hear a clip from another song - Ladynoir, presumably - here (at 1:16): https://youtu.be/H2_UuPXcH0o?t=77 POSSIBLE SPOILER WARNING (theory only) Because this song is from Season 5, we've been speculating in the comments about the lyrics, since Marinette's lines could be hinting at a partial reveal. At its core though, it's clearly an Adrinette song since Adrien is fighting with the fact that his heart is torn between Marinette and Ladybug... so if a reveal does happen, it will likely be from Marinette's side. Perhaps that's why her lines are so intriguing ("it's not the right moment", "we must be patient", "I dare not tell him anything", "forget OUR masks for one night", "with me, you will become who you are"). It's possible that in Season 5 (or sooner) she learns that Chat is Adrien, and is waiting for him to acknowledge feelings for Marinette before they can be together. THAT is the wall that separates them. To read a more in-depth break down of the lyrics, feel free to read my Theory post on Tumblr. It's all just speculation at this point, but at least it's something to get us through these long Miraculous droughts! (https://i-turned-the-emperor-to-dust.tumblr.com/post/187747327008/moviemusical-theory-astruc-has-already-stated) And don't worry, I definitely plan to cover the rest of the songs as they're released (especially Last Dance!) so stay tuned!! My excitement for the movie/musical just went through the roof! ^_^ English Translation by Lulu Mlb10 (https://www.youtube.com/watch?v=-6UjK49qAPQ) Thank you for your permission!! ^_^