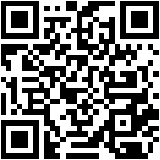 The Jaz aka Jaz-O ft. Jay-Z - The Originators

From the 1990 album: "To Your Soul" Jonathan Burks (born October 4, 1964), better known by his stage name Jaz-O, is an American rapper and record producer active in the late 1980s through the 1990s, best known for being the mentor of Brooklyn rapper Jay-Z. Jaz is also known as the Originator and had a song called "The Originators" that featured a young Jay-Z in 1990. As The Jaz, he had success with his 1989 single "Hawaiian Sophie" from his debut album Word to the Jaz. He has been featured on some of Jay-Z's songs, such as "Bring it On" (from Reasonable Doubt), "Ain't No Nigga", and the single "Nigga What, Nigga Who (Originator 99)" from Vol. 2: Hard Knock Life, where he was credited as Big Jaz. He also produced the single "Ain't No Nigga" from Reasonable Doubt and the song "Rap Game/Crack Game" from In My Lifetime, Vol. 1. The album "Kingz Kounty (2002) - with The Immobilarie Present" marked the last time Jay-Z and mentor Jaz-O would ever collaborate. The long-standing feud between him and Jay-Z started when Jay-Z started Roc-A-Fella Records and he tried to convince Jaz-O and fellow rapper Sauce Money to sign with the label. They both refused. It is rumored that they didn't trust Roc-A-Fella Records CEO's Damon Dash and Kareem "Biggs" Burke. In addition, they weren't satisfied with what they were to be receiving had they signed the contract, $300,000 in Jaz-O's case. Jay-Z confirms this event on the song "What We Talkin' About" on the Blueprint 3 album when he says "Dame made millions, even Jaz made some scraps, he could've made more but he ain't sign his contract". Jaz was an important figure in the Nas vs. Jay-Z feud. It is also speculated that Jaz-O supplied Nas with some of the information he used in his Jay-Z diss track "Ether". After the situation with Nas cooled down, Jay-Z went on to diss Jaz first on a track released by DJ Kayslay featuring Freeway, Geda K, Young Chris, and Memphis Bleek titled "Fuck Jaz-O AKA Jaz Ho" in which they rapped over Styles P's "Good Times" instrumental and later on his album The Blueprint 2: The Gift & The Curse. Jay-Z states on the track, "I'ma let karma catch up to Jaz-O." Jaz responded with a record on a DJ Kayslay mixtape entitled "Ova" and after the response from Jay-Z and the members of Roc-A-Fella, he released his own response with the diss record known as "Ova Part 2" in which he raps over N.O.R.E.'s "Nothin'" instrumental. Despite the long-standing feud between mentor and protégé, Jay-Z still gives Jaz-O credit for his success (although he disses him at the same time) as heard in the song "I Do It For Hip Hop" on Ludacris's Theater of the Mind album. Jay-Z says "Shout out to Grand Master Flash and to Caz and even Jaz's bum ass". Soon after the "I Do It For Hip Hop" diss from Jay-Z, Jaz-O responded with a diss record entitled "Go Harder" where he starts by rapping over his protege's "Brooklyn Go Hard" beat before the beat changes. In late August 2009, Jaz-O was featured on another song dissing Jay-Z entitled "Gangstas Ride" with West Coast rapper, The Game. Jaz references "Ether" with the line, "Jaz-O, stupid motherfucker, not Shawn, never been bashed on a Tupac song". The song was fueled by the beef between Game and Jay-Z. In December 2017 they reunited at Jay Z's 4:44 concert seemingly ending the feud. Besides being an emcee, he has produced songs for several hip hop artists other than Jay-Z, such as Group Home, M.O.P, Ras Kass, Rakim, Kool G Rap, and others.