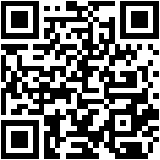 ~Description~ ? Bunny's Story ? Bunny is a twin, born into a small family known as the Golden Heart family. Bunny's family are the Guardians of a relic that belonged to the founder of the village, Golden Valley. Golden Valley is a small isolated village, they have cut off and destroyed any connections to the outside world for you see the villagers don't have a liking to magic and anyone with magic. They also don't take too kindly to outsiders. When Bunny was younger her and her twin brother, Aiden, were very close with each other and shared everything with each other, they were almost inseparable they both called each other Evelyn as a nickname after their mother read a fairytale book about a pair of twins both named Evelyn. At the age of 12 their father passed away from a heart condition, now only leaving the mother to care for the children on her own. As time go on Bunny and Aiden were there for each other they helped each other get through the lost of their father. A day before their 13th birthday their mother passed away from then unknown cause, which left Aiden distant and his sparkles in his eyes are gone. As years pass by, now 17, Aiden becomes tired of being around Bunny and the two had a huge fight. Suddenly the door burst open and the Village Lord and some villagers storm in, one holds Adien while the other takes away Bunny and takes her to the hanging tree by the lake as the whole village gathers around. Aiden managed to get out of the villager's hold and runs out of the house and towards the hanging tree to try and save Bunny. "Bunny Golden Heart! You have been accused of using magic within the village! We have a witness who shall remain anonymous. Now, as for your sentence, you have been sentenced to death by being hanged! * The Lord shouted. The village begins to chant as tears flows down Bunny's face. Aiden made it, but was too late. "I love you brother...!" Was the last words she spoke before a villager knocks the stools over and she slowly suffocates to death. Aiden falls to his needs as he screams out her name and breaks down into sobs.