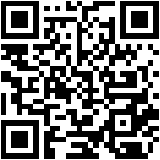 Happy to announce that my BGM channel Indian Background Score is now with new logo theme video that will be added prior to BGM. Starting this new stuff in celebration of 30 years anniversary of Nayakudu! Nayakudu (Nayagan) - A timeless classic in all aspects! 30 years has passed but still this awesome score keeps reverberating in the hearts of 80s/90s kids. Ilaiyaraaja, The Maestro , on whose name people used to go to theater during that time has given everlasting background music for this movie. The love theme is still considered as one of the best (after Mounaragam ) and its been played on the stage by enthusiasts. Be it heart rendering Sarangi when the small boy says "Baba Margaya". The mind blowing drums and cellos when Kamal fights the rich tycoons who were trying to occupy the slums. Be it haunting flute that conveys love and affection between Kamal and his kids, be it revenge theme between Chettiyar (Reddy garu in Tamil version) and Kamal on super hitting Saxophone accompanied by Jazz drums and pulsating brass sounds when Tinnu Anand prepares to take revenge the moment he hears the past. Be it soul touching bell sounds when Kamal was shown as small boy. Be it choir section when Kamal sees a different gloomy environment at his home and then looks at his son's body and so on... I can keep writing like this for almost every scene. As a school going kid each and every frame got imprinted into my memories. Please note: Though the original film was Nayakan, The dubbed Telugu version is close to my heart. That is why you can hear some dialogues in Telugu! https://www.youtube.com/watch?v=1og1oME0qkE&feature=youtu.be