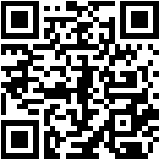 "Ventura Highway" is a 1972 song by the band America from their album Homecoming. Dewey Bunnell, the song's vocalist and writer, has said that the lyric "alligator lizards in the air" in the song is a reference to the shapes of clouds in the sky he saw in 1963 while his family was driving down the coast from Vandenberg Air Force Base near Lompoc, California where they had a flat tire. While his father changed the tire, he and his brother stood by the side of the road and watched the clouds and saw a road sign for "Ventura". In the booklet for the boxed-set, Highway, he states that the song "reminds me of the time I lived in Omaha as a kid and how we'd walk through cornfields and chew on pieces of grass. There were cold winters, and I had images of going to California. So I think in the song I'm talking to myself, frankly: 'How long you gonna stay here, Joe?' I really believe that 'Ventura Highway' has the most lasting power of all my songs. It's not just the words — the song and the track have a certain fresh, vibrant, optimistic quality that I can still respond to". The song has a "Go West, young man" motif in the structure of a conversation between an old man named Joe and a young and hopeful kid. Joe was modeled after a "grumpy" old man he had met while his dad was stationed in Biloxi, Mississippi at Keesler Air Force Base. He also stated "I remember vividly having this mental picture of the stretch of the coastline traveling with my family when I was younger. Ventura Highway itself, there is no such beast, what I was really trying to depict was the Pacific Coast Highway, Highway 1, which goes up to the town of Ventura." "That's Gerry and Dan doing a harmony on two guitars on the intro. I remember us sitting in a hotel room, and I was playing the chords, and Gerry got that guitar line, and he and Dan worked out that harmony part. That's really the hook of the song". America member Dewey Bunnell wrote this song. In an interview with the Los Angeles Times October 1, 2006, he explained: "It was 1963 when I was in seventh grade, we got a flat tire and we're standing on the side of the road and I was staring at this highway sign. It said 'Ventura' on it and it just stuck with me. It was a sunny day and the ocean there, all of it." Bunnell's father was in the Air Force and was stationed at Vandenberg Air Force Base near Santa Barbara. They were on a trip in the Oxnard area of southern California when they got stranded. Regarding the lyrics, "Seasons crying no despair, alligator lizards in the air," Bunnell said: "The clouds. It's my brother and I standing there on the side of the road looking at the shapes of clouds while my dad changed the tire." There's no official "Ventura Highway," but Ventura is a county in California, and Highway 101 runs through it. Songwriting credits on America's songs were typically assigned to whoever came up with the idea, and that person would be the one who sings on the track. The entire band often made some contributions to the compositions, however, and while Dewey Bunnell gets solo songwriting credit on this song, he did get some help. The band's other primary songwriter, Gerry Beckley, told us: "the guitar lick on 'Ventura Highway' is something that Dan [Peek] and I put together that really wasn't a part of the song. The song is of course, super strong on its own. We had a friend back in England, when he heard it with the guitar lick, he said, 'Oh, you've ruined it!'" (here's the full Gerry Beckley interview). Long before Prince used it, America incorporated the phrase "Purple Rain" into a lyric, as they sing here: Wishin' on a falling star Waitin' for the early train Sorry boy, but I've been hit by purple rain In this context, the purple rain could be ambition, as the character in the song is ready to move on. Janet Jackson interpolated this on her 2001 hit "Someone To Call My Lover." She had never heard "Ventura Highway," but loved the idea when her producers Jimmy Jam and Terry Lewis played it for her and suggested they use it as the basis for a song.