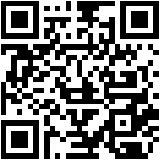 Support OPM. Search and like us on Facebook https://www.facebook.com/opmportal The Bloomfields are a young, fresh-faced Filipino band who find themselves bridging that gap: with a sound drawn from the popular music of over four decades ago, they garner fans that range from little kids to their parents and grandparents, to—of course—mobs of screaming teenaged girls. Made up of Jay-Jay Lozano on lead guitar and harmonica, his brother Pepe on guitars, Louie Poco on bass, Lakan Hila on keyboards, and Rocky Collado on drums, with all of them doing vocals, The Bloomfields released their first album—containing five original songs and twelve covers—under EMI records last March 23, 2007. The launch was held in Eastwood City, Libis, where they had been playing every Wednesday for some time. The well-attended event was a definite high in the career of a band that, in theory, plays music that only your mother (and father) would love. The Bloomfields is more than just a sixties tribute band; while their repertoire consists of hits from some of the sixties' biggest acts like The Beatles, Jerry Lee Lewis, Smokey Robinson and The Beach Boys, they've also rearranged Pinoy classics like Bodgie Dasig's "Ale" and Tito Vic and Joey's "Iskul Bukul"—as well as composed their own songs—in that inimitable sixties style.